The Fiat Giannini 650 NP was based on a Fiat 500 and specially created to compete with the Fiat Abarth 695 SS form the 70’s in the Italian Championship Racing in the class up to 700cc. This 650 NP has 652 cc and is the largest model ever produced by Giannini and was manufactured in only 1000 pcs . Today there are approx. 200 pcs remaining in working condition as the cars where largely decimated during fierce racing in period

Its current owner bought it in 1999 in the competition version and it was completely restored in 2010 in its original version as it came out at the time from the workshops of Giannini in Rome.

The engine was rebuilt and has since only been driven 7,500 km since its restoration. Its gearbox was also restored and synchronized , allowing easy use in the city. Its maximum speed is 140 km / h : a real small bomb!

Equipped with beautiful Original Melber rims Original which are extremely difficult to find today, a small diameter steering wheel and a gear shift knob all made ??in original wood – a distinctive sign of the Fiat’s produced by Giannini.

Its upholstery and interior doors are black sky and very Original.

Before its complete restoration , this car was in very good condition with no rust, allowing the previous owner to retain all the original body as evidenced by the photos in the file. In addition, this car has an identity Automotoclub Storico Italiano ( ASI) certificate confirming the totally original character of this Giannini NP 650. It is equipped with a jack and tools. 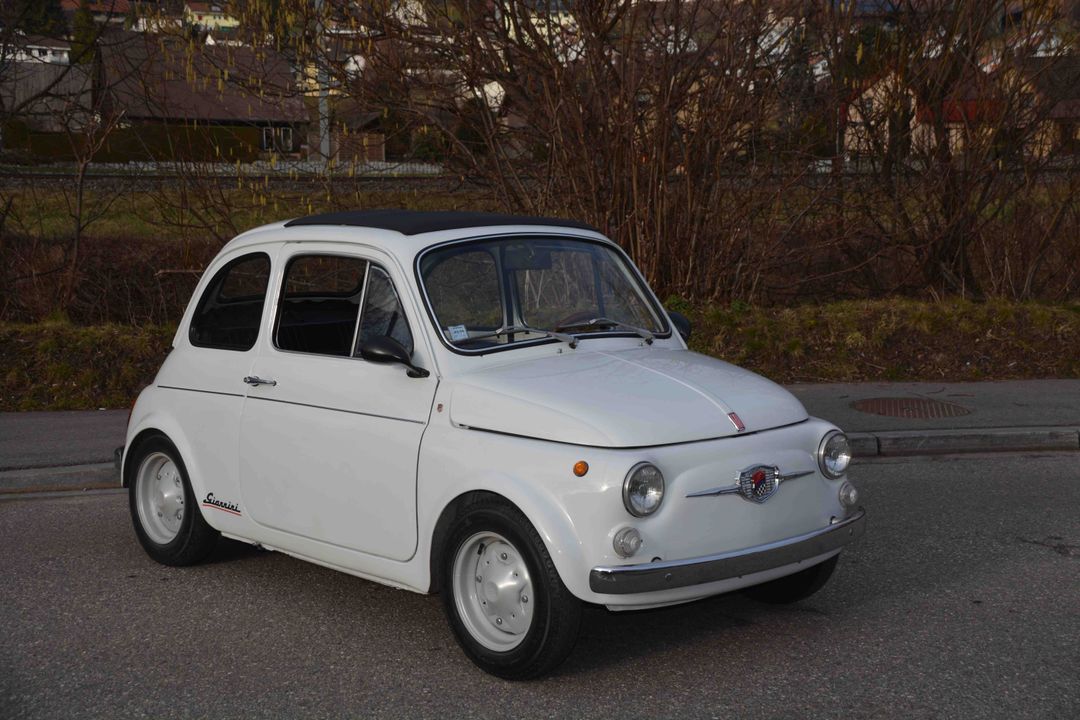 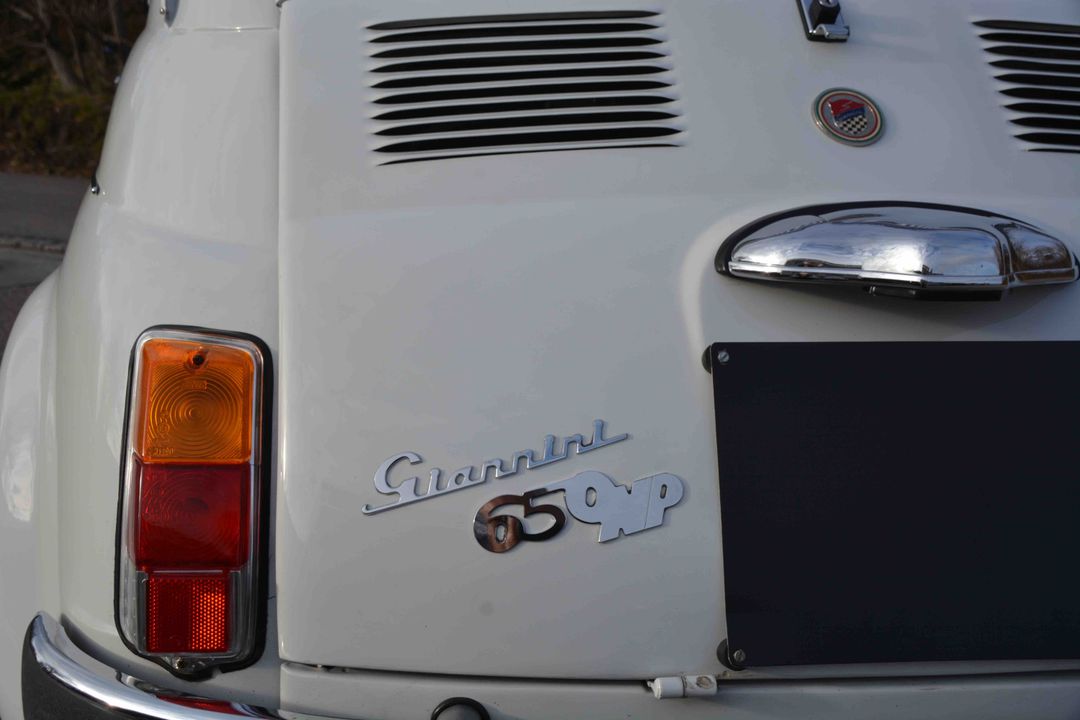 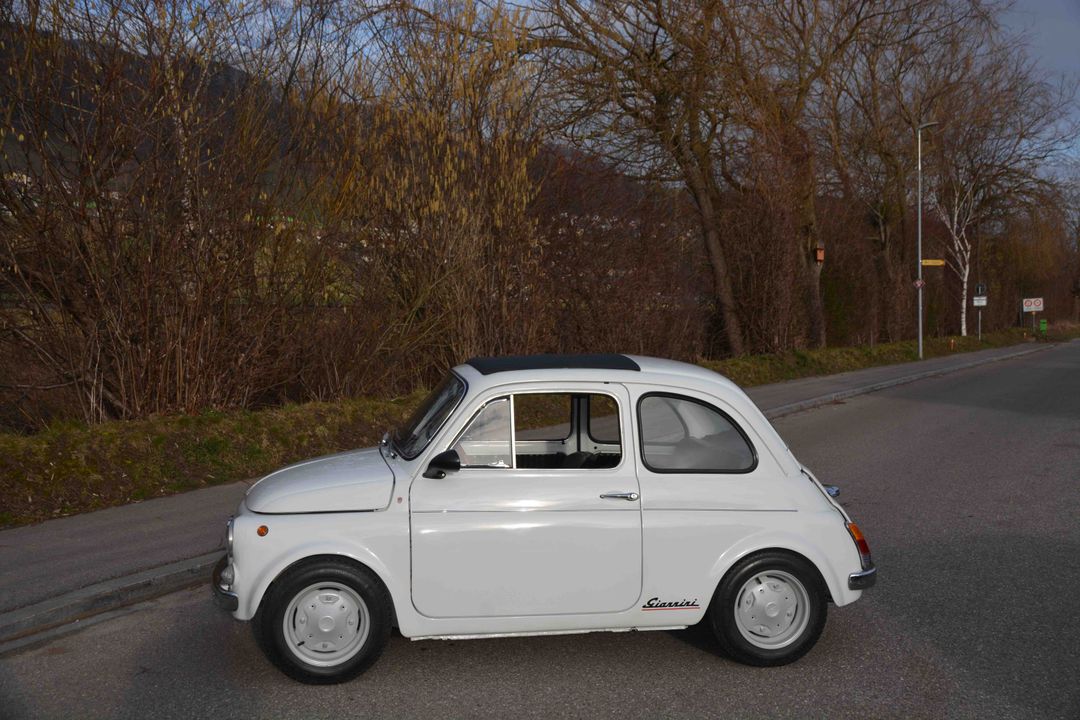 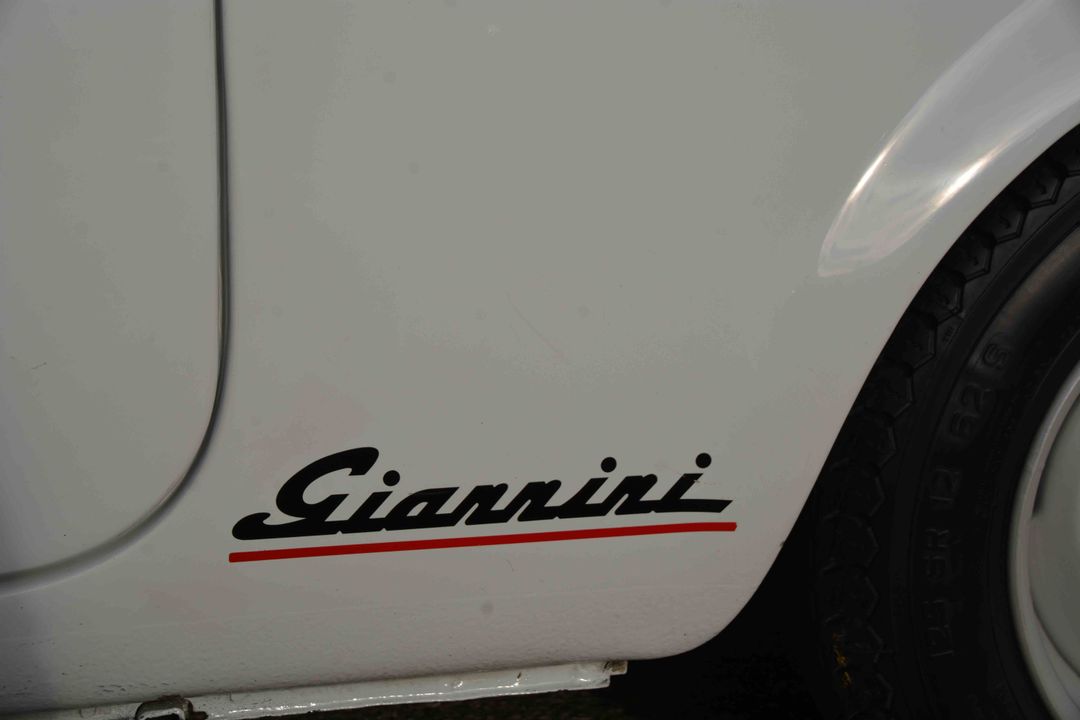 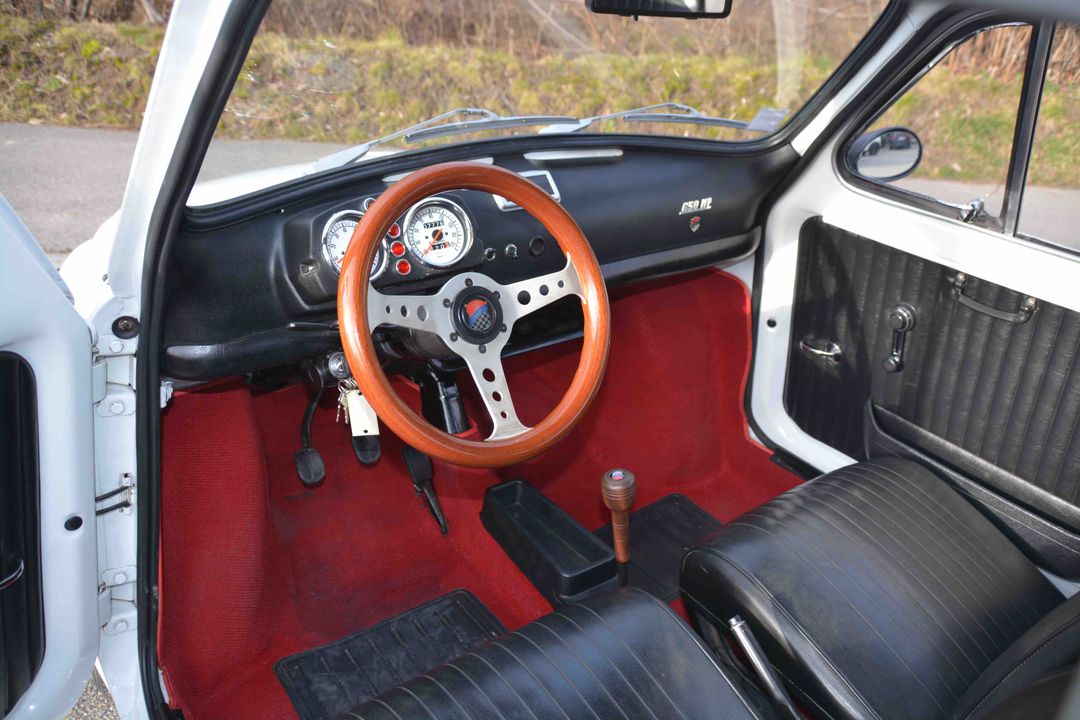 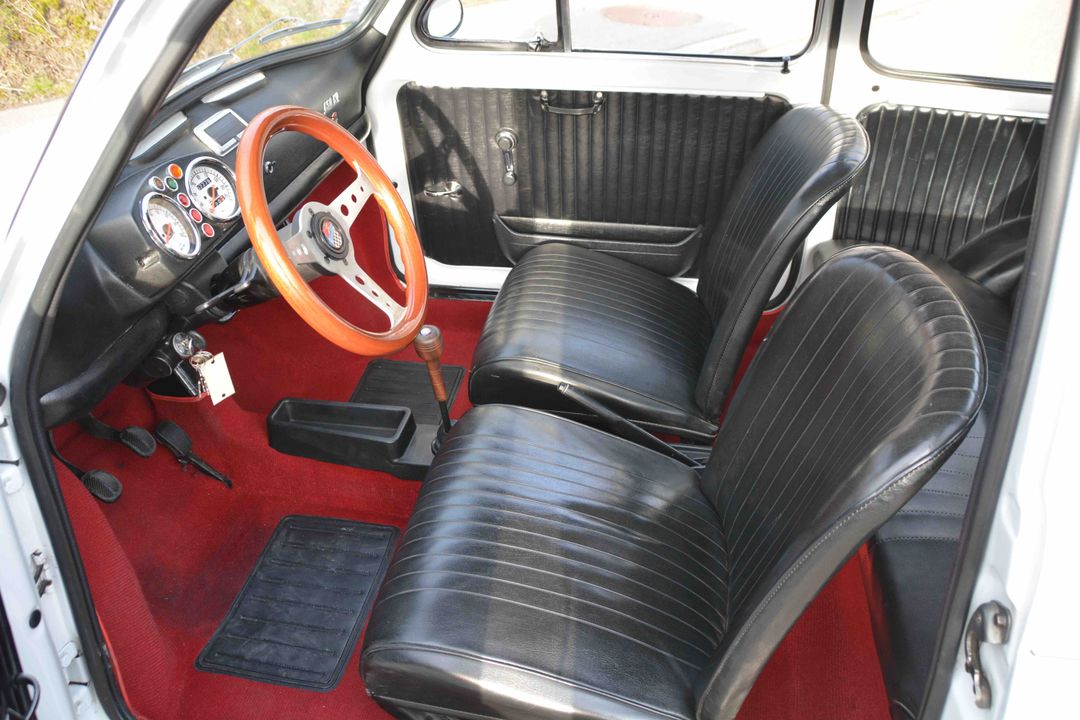 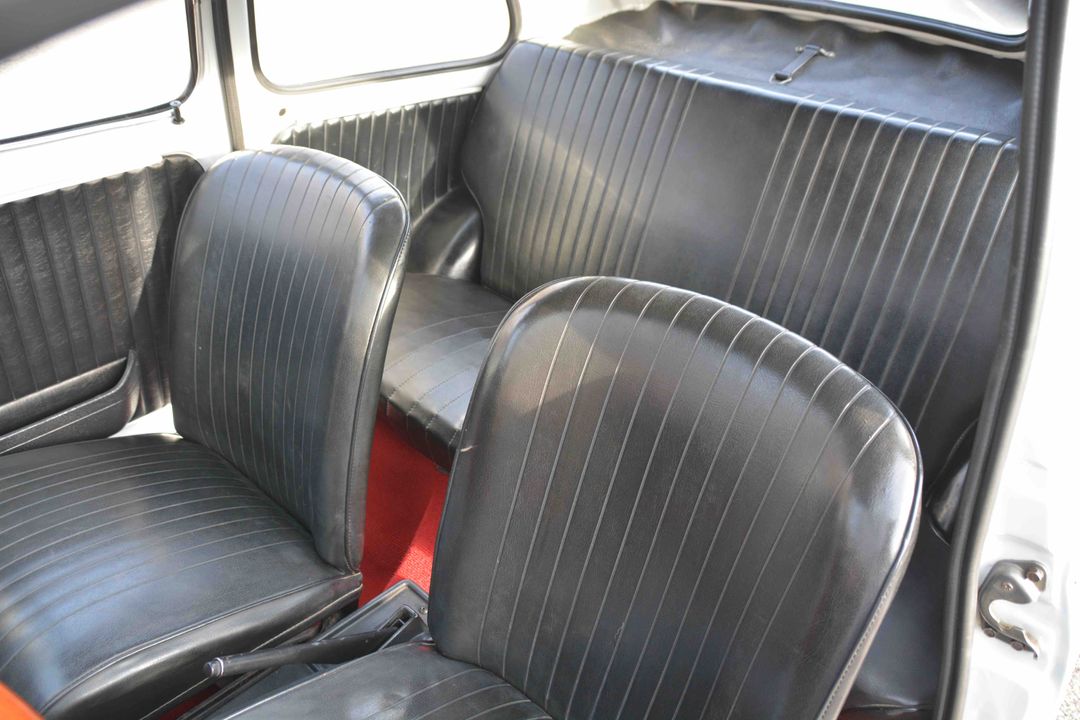 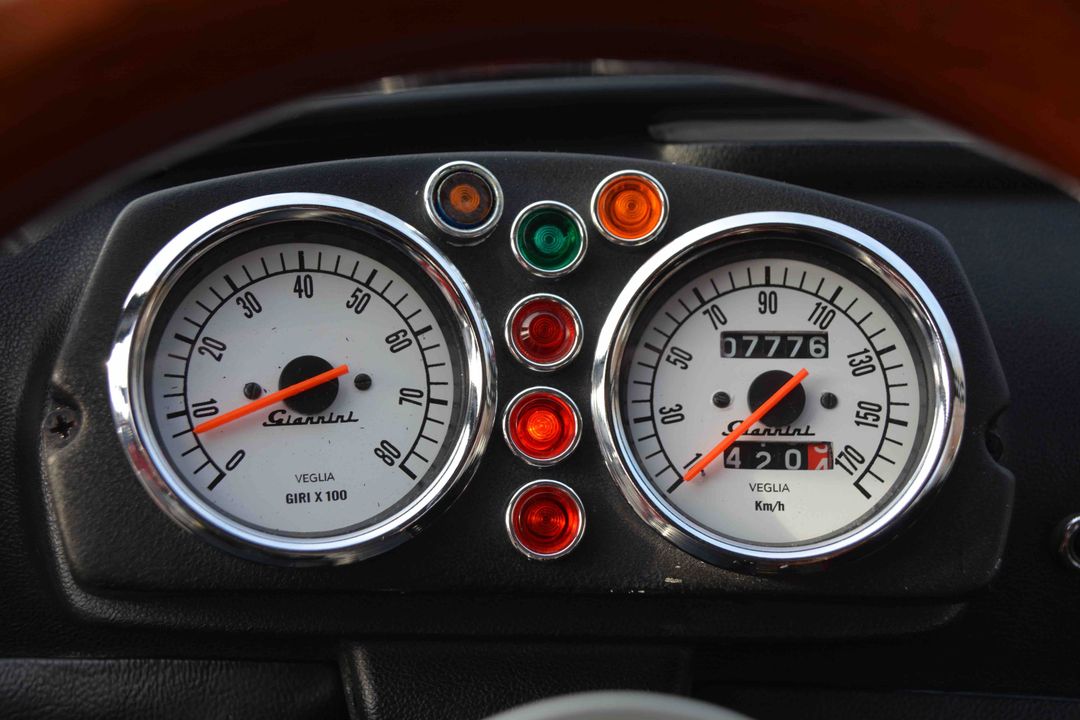 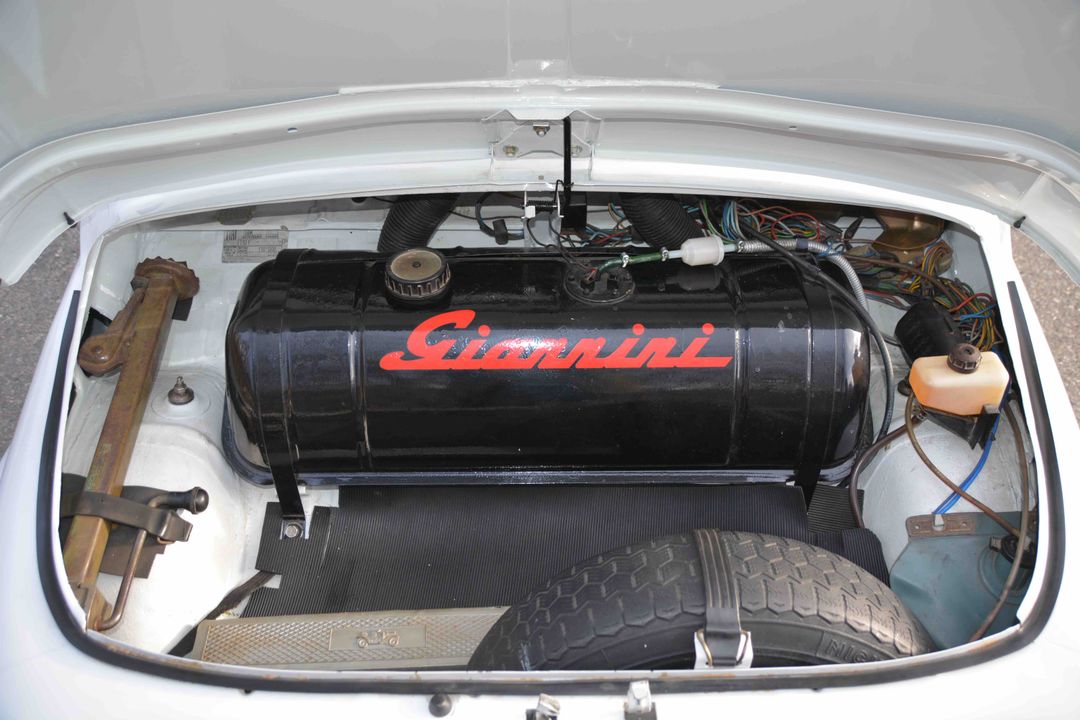 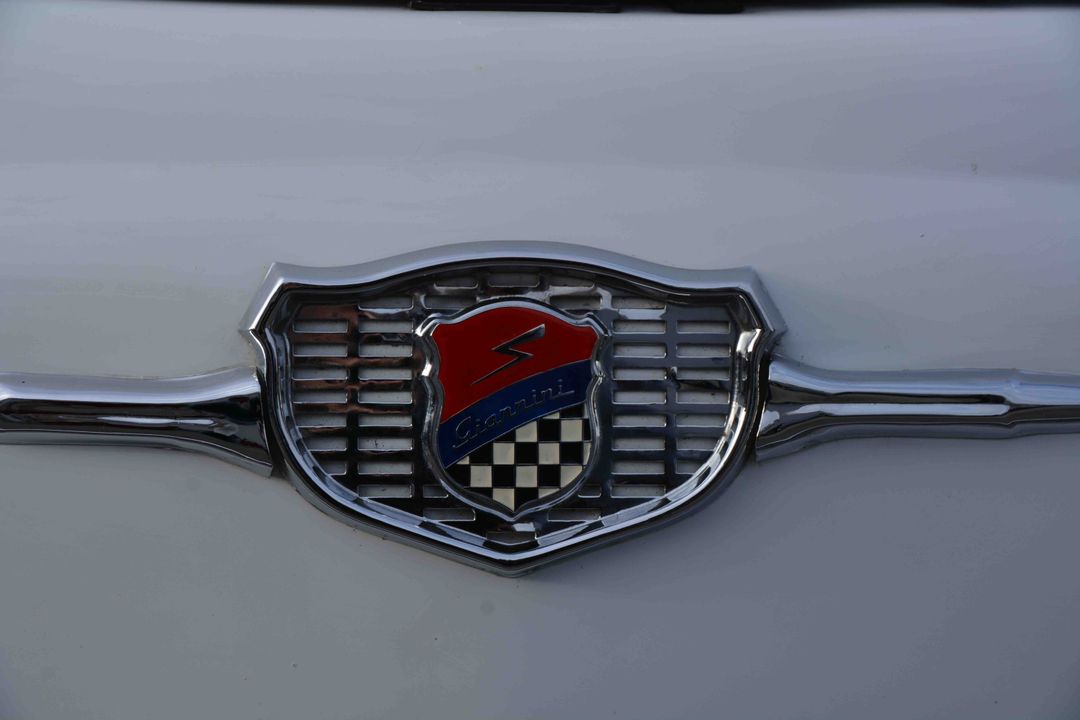 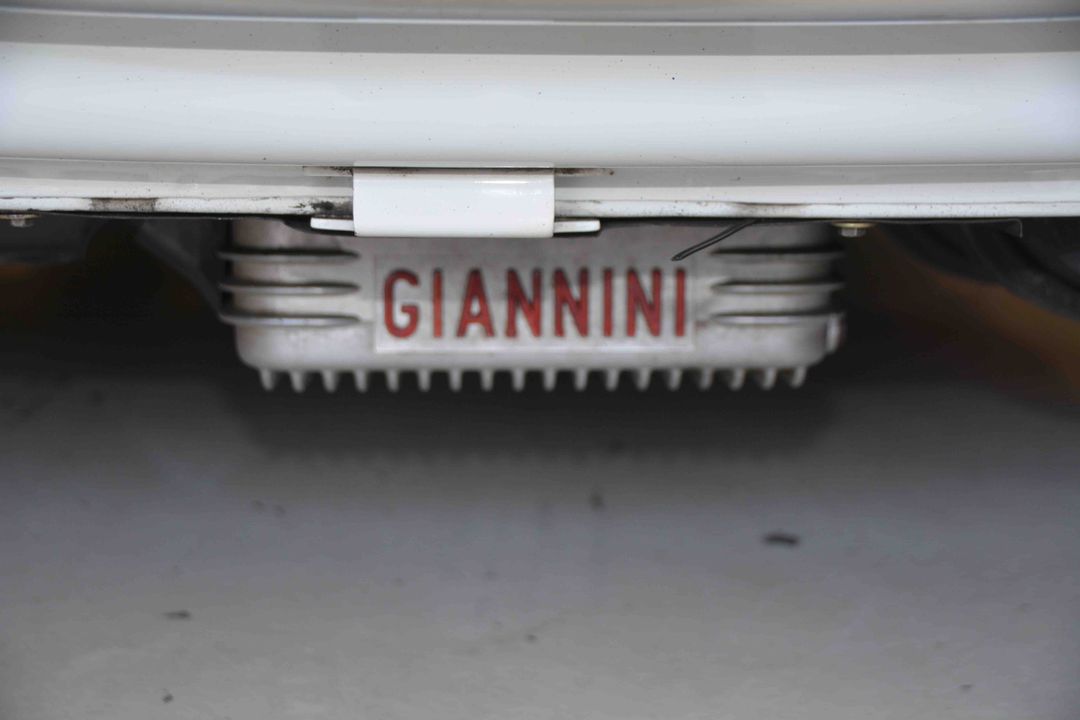 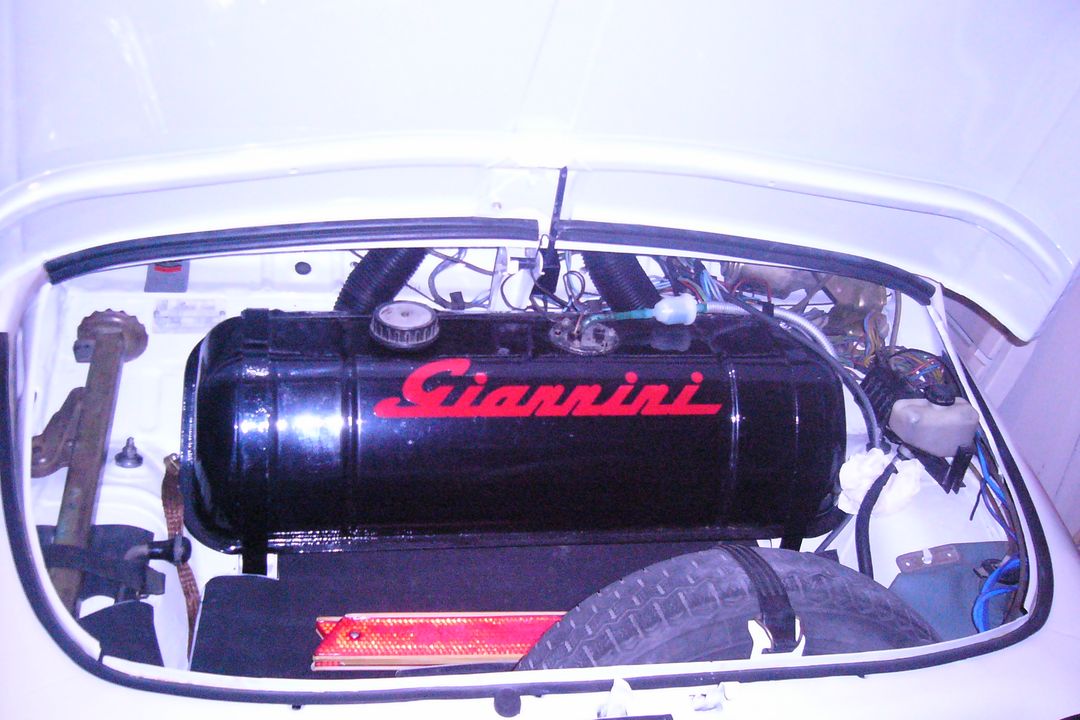 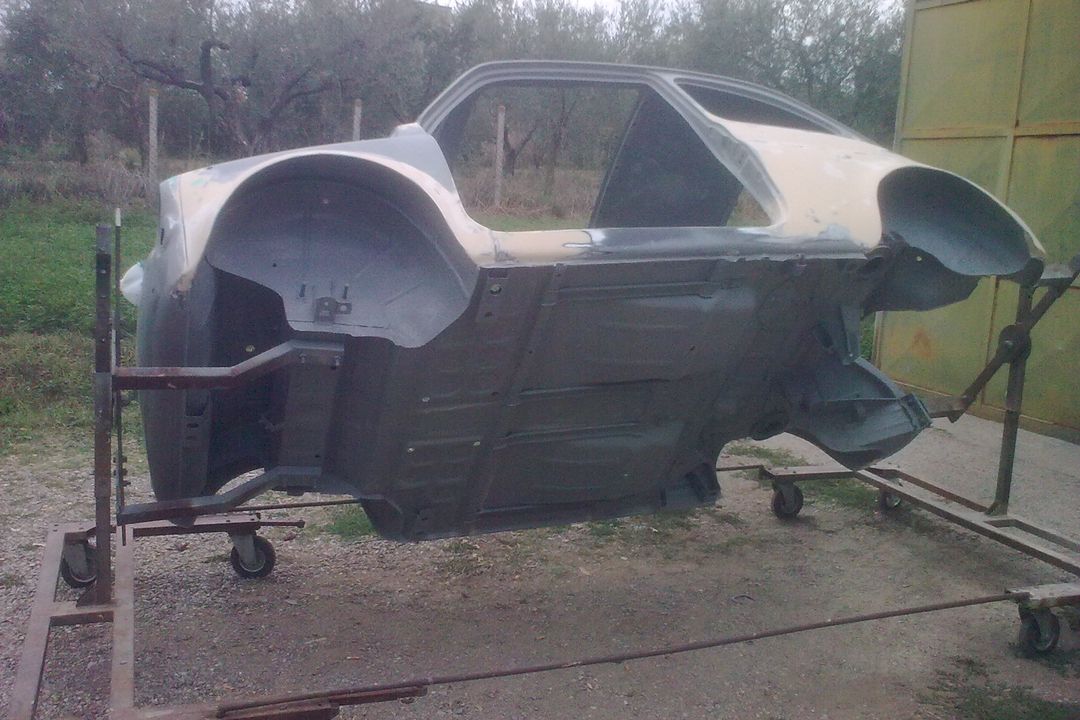